From Religion in the New Age,
by Swami Kriyananda

Delusions are not, from a spiritual viewpoint, those individual aberrations which sometimes get one committed into a mental asylum. Personal mental twists of that kind might rather be called ‘illusions.’ Delusions, on the other hand, affect a wide range of humanity to the point where they are all but universal. There may exist planets in the universe on which the residents are so sane that a vast majority of earth’ s inhabitants would, by comparison, be considered crazy! With nearly everyone around us crazy in some way, however, we must simply accept that this world is, itself, a kind of madhouse!

A delusion, then, is a widespread misperception of the actual state of things. Purely subjective delusions may, as I’ve said, be called instead, by contrast, illusions.

A delusion signifies addiction to anything that promises happiness or fulfillment of some kind, but that always ends by bringing disappointment. Delusions are consistent in one thing only: They invariably break their promises.

In America many years ago I met a man from Calcutta who remarked to me, ‘Americans pride themselves on their freedom from superstition. But can any superstition be greater than this one, which I find almost universal here: the expectation of deriving happiness from mere things?’ (Nowadays, unfortunately, that ‘superstition’ is rampant in India also!)

What I have called the Great Delusions are classically three in number: wine, money, and sex. To that standard grouping I am inclined to add another two: the desire for power, and for fame. 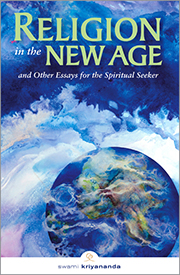