The vows taken by Ananda monks include the following: simplicity, brahmacharya (control of the senses), cooperative obedience, and discipleship to the line of Gurus of Ananda Sangha.

Simplicity is not the same as poverty. Paramhansa Yogananda stated that he preferred “Lady Simplicity” to “Lady Poverty.” Simplicity consists in reducing one’s wants so that material things do not intrude on one’s inner freedom. Rather, in the context of whatever needs to be done, simple living should facilitate that freedom. Simplicity also describes the lifestyle followed by Ananda monastics.

Brahmacharya for Ananda monastics means always to hold one’s physical sense-pleasures in rein, and to strive to direct one’s energy from the senses to soul-consciousness, rather than the reverse. The practice and vows of brahmacharya include, in place of the normal social emphasis on the human marriage relationship, developing only the deepest relationship with God. For Ananda monks and nuns, brahmacharya also includes not having personal friendships with those of the opposite sex, and the practice of celibacy.

Cooperative obedience is offered by Ananda Monastic Order members to Ananda Sangha’s Spiritual Director, and to the Head Monk or Nun of the Ananda Monastic Order. Cooperative obedience means intelligent, creative participation in whatever one is asked to do, as opposed to that kind of obedience which asks, and is allowed to ask, no questions. Ananda monastics are therefore not asked to practice mindless obedience, but voluntary, intelligent cooperation. Monks living in a monastery must be willing and receptive to taking guidance and direction from the head monk of the monastery.

Discipleship is most essential for ego-renunciation, as taught by Paramhansa Yogananda. With his close disciples, he almost exclusively spoke about discipleship and attunement to the guru. Swami Kriyananda wrote that, “Attunement, I am convinced, is the first and greatest need on the path. It is the final goal of renunciation. It is the only way to find God.” Ananda monastics follow the way of discipleship to Yogananda, as taught by his disciple, Swami Kriyananda. 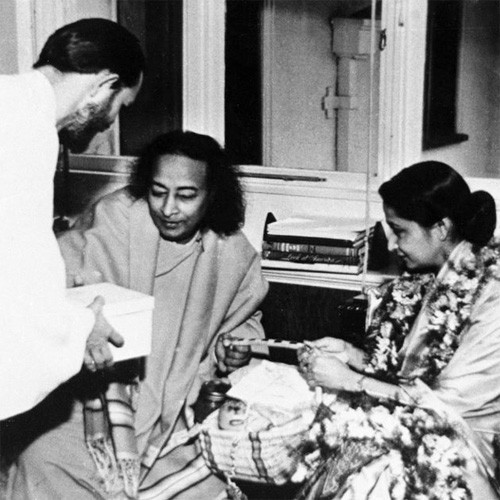